Map of the military territories in Sardinia 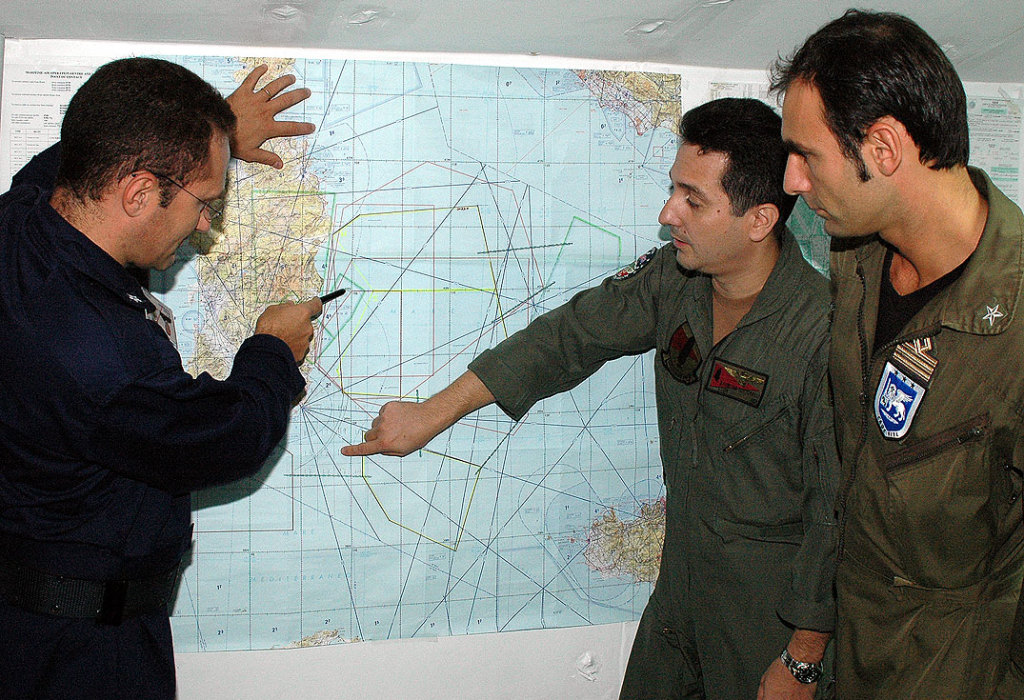 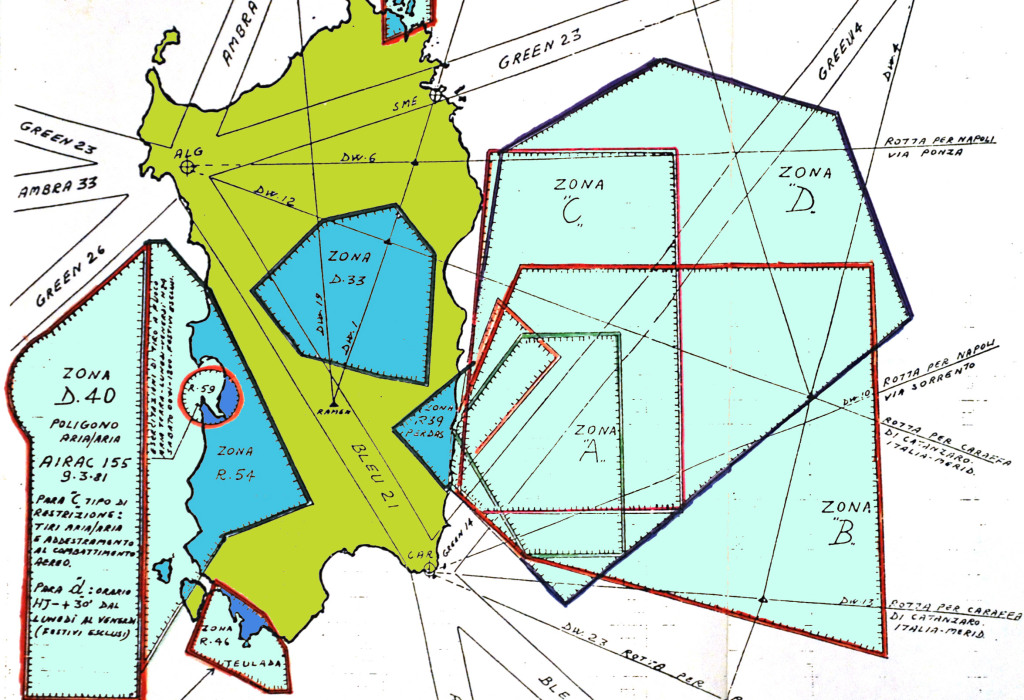 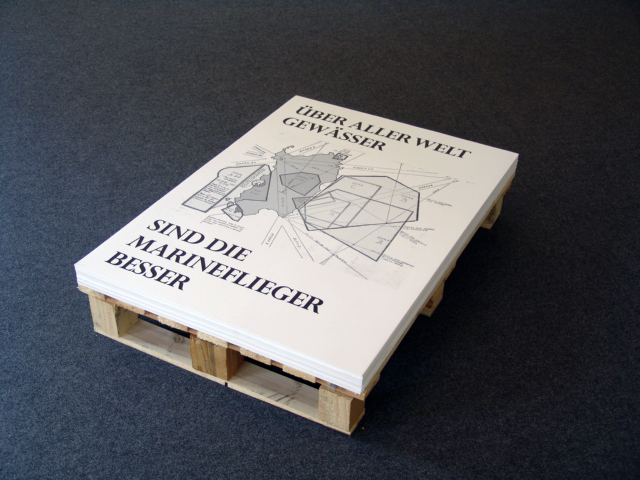 Through a stack of posters in free distribution I wanted to communicate to the audience, in a way as direct as possible, the abnormal military presence in the island of Sardinia. The map appearing on the poster is an original military document which shows visually the dimension of the phenomenon (the island has on its territory roughly 60% of the Italian military property). In order to clarify it is not just a local phenomenon I did insert a German sentence taken from an internal monument inside the Decimomannu NATO Airbase. It is a ‘motto’ from the German Air Force, which stations permanently at Decimomannu NATO Airport. Translation: Over all waters of the world the aviation is the best!